Your Cheatsheet to Social Media Platforms

Stories and live-streams, boomerangs and grids. We know it can be confusing. That’s why we’ve gathered a social media cheatsheet with quick answers – what’s what and why we care.

A messaging app similar to Whatsapp, Messenger, and Slack, Kik provides users with a platform through which to message in groups or individual conversations.

Though some millennials may use it when travelling or communicating with international friends, Kik’s 275 million users are mainly teenagers.

Like Snapchat with branded geofilters (see below for more about that), Kik will soon roll out branded gifs  – a handy way for brands to capitalize on Kik’s massive user base.

While there’s no definitive leading brand on Kik, we love the travel feature that the Washington Post is doing right now. It’s a clever way to encourage ongoing engagement. (Also check out burgerking to see how they’re promoting their restaurants and their ChickenFries stickers!)

Primarily used to share photos and videos, Instagram offers the opportunity to visually represent your brand. (FYI: Your “grid” is the grid of images seen on your profile – ‘grammers are obsessed with curating a consistent look and feel to their feed. A “boomerang” is an animated gif that plays backwards and forwards in quick succession, made by a proprietary Instagram app of the same name.)

Instagram users are generally younger than Facebook’s – the majority of users are between the ages of 12 and 34. However, the over-34 group is growing, and will continue to do so.

A brand that may not immediately spring to mind as visually-engaging, Staples has clever chosen to invest in a quality-not-quantity approach to Instagram. With seasonally appropriate, often animated imagery, Staples ensures that people notice them and keep paying attention.

Peach is a newsfeed-less social messaging app. Rather than curate a feed of updates, Peach’s homescreen looks a lot like your iMessages – it’s sorted by user, and you can check in on what your friends are up to at your leisure. It allows users to play with magic words, share humorous gifs, create drawings, and answer quick-fire quizzes. It’s kind of like a Snapchat-Kik hybrid.

Released on iOS at CES and recently released for Android, Peach is an anomaly in that everyone’s talking about it, but it seems like no one is truly using it.

Peach is one of those platforms that you should know about. Its socially-focused interface stands out – let’s get real, browsing Facebook is no longer a very “social” experience. If nothing else, Peach’s relative success shows that the internet’s users care more about true communication & relationship-building than we thought.

Some brands may find it difficult to get traction on a social app like Peach, but Merriam-Webster jumped on it with gusto, and quickly found an audience. Take their word of the day, for example. It creatively uses the platform’s strengths to communicate in a Peach-specific way.

Snapchat is a video and photo sharing app that works on a restricted timeline – direct Snaps can only be viewed once, and “Stories” are deleted after 24 hours. The fun of Snapchat is the extras – you can add drawings, text, and emojis to your content, as well as location-specific “geofilters” and selfie filters that serve as masks.

Have you noticed a yellow little ghost popping up everywhere on the internet? This trend is officially here to stay – if you’re not creating Snapchat content, you should at least be watching everyone else’s. Plus, Snapchat discourages multi-tasking – meaning if people are watching, they’re really watching.

The sustainability-focused, online-only retailer uses its Snapchat channel to engage their customers. Two employees, Red and Isadora manage the channel each day. Regular features are “This Week at Everlane,” a weekly behind-the-scenes update, and “Transparency Tuesday,” where they answer customer questions. They also feature customer snaps – a fun way to involve followers in a platform that’s more about broadcasting than conversing. 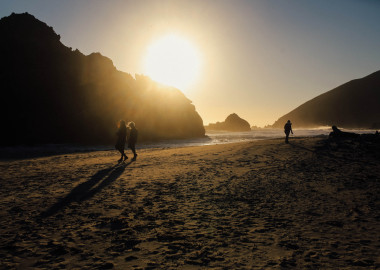 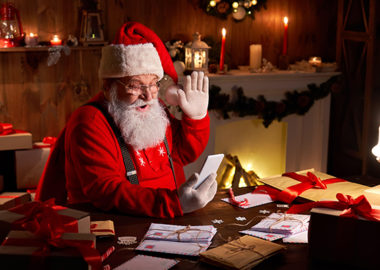