As we’ve been reading and tweeting over the holidays, we’ve seen a bunch of predictions for digital in 2016. There are predictions for social media, video, blogging, podcasting… but we haven’t seen a great overview of how digital media as a whole will change. We’ve made that list for you. Here are Echo’s predictions for Digital Storytelling 2016.

When social media first gained traction, the concept was that you could share with your network what you’re up to in the moment. However, over the years this element of social media and social content has been diluted. Today, the majority of social posts you see have been scheduled in advance using Hootsuite, CoSchedule or Buffer, or have been posted automatically through an app like Commun.it.

This year, the pendulum will shift back to live, in-the-moment storytelling. This change is driven by several factors: the desire for authenticity in storytelling, the growth of live-stream platforms Meerkat, Periscope, and Snapchat, and the ever-increasing speed at which content is consumed. Example: If you schedule a post about the news story or meme of the moment a day late – you’ve missed your chance.  No one cares. They’ve moved on to the next #thedress conversation.

Our condolences to your data plan, but expect video to keep growing on all social platforms in 2016. As Snapchat, YouTube and Facebook continue to battle for video dominance on the web, brands and publishers too are expanding their video content and platforms. This includes building video strategies, signing up for Snapchat and producing social-first videos for Instagram, Twitter and the all-important Facebook.

Recently, we’ve been testing direct uploads to Facebook. Sure, everyone says video content directly uploaded to Facebook (versus embedding a YouTube video) will get better engagement, but how much better? Here’s the reality. A recent client video received ten times as many views on a single Facebook post as it did on YouTube over three weeks (not to mention the nearly 300 likes, shares and comments that the Facebook post received). Plus, there’s opportunity to re-post on Facebook at a later date, further increasing visibility.

Video is undeniable, but it may not have the impact on social media that we expect. Don’t think of Snapchat as the new Instagram; think of it as the new TV. How will the channel impact the consumption of video media as we know it? Only time will tell.

Where social media used to focus primarily on a one-to-all approach (tweeting at thousands of followers at once), the new year of social indicates a shift to one-to-one or one-to-few. This comes with the growth of messaging apps like Viber, Kik and of course Facebook’s Messenger. This one-to-one is also the basis of Snapchat, which I expect to be the most important channel of 2016.

What are the opportunities for brands in messaging? It’s still hard to say. However, because social conversations are veering towards more private platforms, quality (i.e., highly produced, engaging storytelling!) will likely prove to be more important than quantity for social content.

2016 may just be the year of the podcast (or, as some call them, audio shows). Of course, the issue of discoverability remains for any new media, but podcasts seem to be consumable in the mobile-first way that consumers crave. The ease by which content can be delivered to users after they’ve discovered it is unparalleled. Expect to see podcasts and audio shows explode in 2016 even more than they already have – plus, clever marketing that you’ve never seen before.

We know, we know – you’re sleeping already. But hear us out. It may not be the sexiest development in digital media, but it’s worth noting, especially for consumer-facing brands. Expected app expansions include direct Buy buttons on Pinterest and Instagram, which is crucial for the next wave of e-commerce development. Another big change will be the development of blogging within Facebook (think Medium), which has already been condemned by publishers but has yet to be offered to brands. Lastly, there’s going to be a whole lotta something on Snapchat. Expect Snapchat to shake things up in 2016 – likely through greater capabilities for businesses and brands, and more aggregation of content for user consumption. These various developments and expansions are worth noting because your platform strategies will need to adapt to these changes, and quickly.

Lastly, we predict an explosion of distributed content in 2016. As the lines between social media, digital publishing and video production blur, it’s going to become even more important to speak to the audience at hand, and use each platform smartly and strategically. Tweeting ten times a day? Not necessary. Creating engaging, audience-focused, social content that resonates and lasts? That’s the ticket.

There’s no denying these changes and trends for 2016 – but there is still time to embrace them. Think ahead when you’re creating your content calendar. Expect change – and plan your content strategy accordingly. 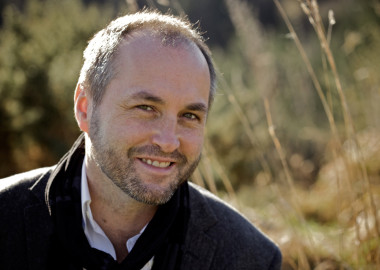 Mining the rich reality of experience 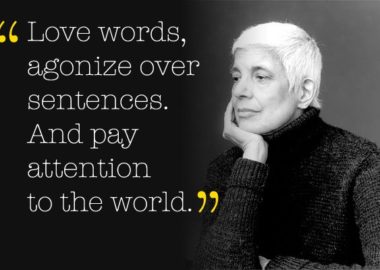 Turn Off Your Notifications + Start Writing Your Memoir