Joy Mangano And The Power Of A Great Brand Story

Joy Mangano, recently immortalized by Jennifer Lawrence in the Oscar-baity biopic Joy, is moving into retail.

Mangano revealed two years ago that she had initiated plans to move beyond the Home Shopping Network and QVC to get into physical retailing. About the same time, she first heard from Academy Award-nominated director David O. Russell, who was interested in making a movie about her life. So Mangano decided to incubate the physical retail line to be launched alongside the movie. Why? She had spied an opportunity to expand her audience. The woman knows the power of brand narrative.

Joy Mangano’s story was well-developed even before J.Law. This 2001 New York Times profile hits almost all the high points of the film. Mangano was a working single mom who was frustrated with her mop. It sucked. It broke frequently. She got filthy wringing it herself. So she invented a better one and went all in. Despite trials and tribulations, she is now a wealthy and successful businesswoman. Here at ECHO, we’d say her secret sauce is her story. Let’s break it down.

“Brave little me said, ‘You get me on that stage and I will sell this mop because it’s a great item.’”
— Joy Mangano

Although it’s up for debate how much of the Joy film is autobiographical, one thing is clear. Mangano’s emotional storytelling is key to the success of the Miracle Mop. Advised that no one was going to buy a mop on TV, Mangano insisted that she could do so, because she could tell the story of the mop.

QVC was successful and revolutionary because they understood that television was a storytelling medium. In order to succeed on TV, you had to have a compelling narrative. You had to be entertaining. What QVC didn’t understand was that the narrative didn’t have to be an adored celebrity selling jewellery worthy of Dallas. The story could be a mom who had a great idea, a dream: a mop that made life better.

Eventually, her story evolved. Mangano’s carefully crafted brand story is no longer just that of a working single mom with a killer idea. It is the journey of a successful entrepreneur who now lives in a fourteen bedroom mansion and runs a multimillion-dollar business.

Joy Mangano has a clear set of brand values that she establishes through the telling and retelling of her story. She maintains a glamorous yet accessible persona. She manufactures her products in Long Island, NY, telling the New York Times that it was important for her to keep business at home. Her products are practical yet feminine. Although she is responsible for a wide variety of consumer goods, from Miracle Mops to a singer named Esteban, they all speak to a very specific audience who are receptive to her brand story and aligned with her values. She is deeply aware of this audience; she refers to it as “its own country within America.” She’s deeply beloved by her existing audience, but can she find new people receptive to her story?

Jump on the Brand Wagon

“If I can’t stand there and talk about the product, how can we brand it so the consumer knows what they’re getting?”
— Joy Mangano

Mangano understands television-based retailing. She is a natural at the storytelling that it requires. To commemorate the launch of the movie, she staged a 24-hour Miracle Mop marathon on the Home Shopping Network that saw her sell 250,000 mops.

A move into bricks-and-mortar comes with its own brand storytelling challenges. Her medium has been herself for so long. How do you transplant that to a retail display? If you’re Joy Mangano, you leverage a movie about your life that amplifies your story beyond HSN. When that movie’s released, you use the media attention to introduce yourself to an audience that shops differently. And you rely on the addictive, compelling story that’s got you this far, because people never just bought the mop. They bought your story. They bought you. 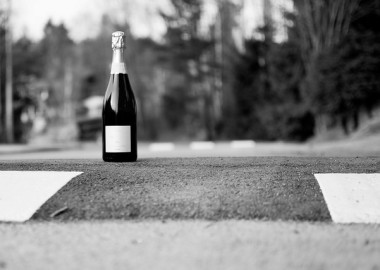 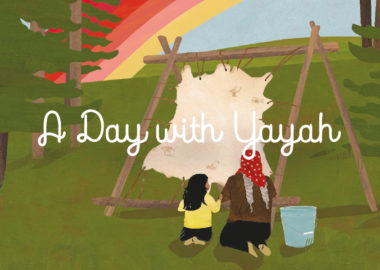 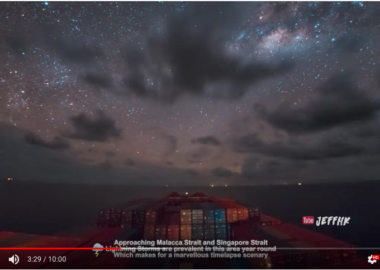 The Beautiful Story of 30 Days at Sea