The internet is abuzz with the news that Unilever, a company that had no previous stake in the retail shaving business, has bought startup Dollar Shave Club for an eye-popping $1 billion. Dollar Shave Club burst onto the retail market in 2012 with this hilarious brand video that explained their premise and took direct aim at the biggest provider of razor blades – Procter & Gamble’s Gillette.

Video was a natural move for Dollar Shave Club’s CEO Michael Dubin. Dubin didn’t have a background in retail or personal care products. He did have marketing experience, working on branded video offerings for brands like Nike, Gatorade and Nintendo. He also had a background in improv, working with the Upright Citizens Brigade in New York City. How did this make him unique? It made him a born storyteller.

Dollar Shave Club’s brand story is doubly brilliant because not only does it build a distinctive brand that inspires customer loyalty, but it disrupts the brand story of their major competitor – Gillette. To understand how this David-vs-Goliath dynamic works, we actually have to dig into the backstory of Procter & Gamble.

Procter & Gamble is a huge company. In fact, it’s one of the most successful companies of all time. Founded in 1837, it first recorded $1 million in annual sales in 1859 and last year recorded revenues in excess of $76 billion. P&G, as it’s commonly known, employs 110,000 people and has some of the most well-known and trusted brands in the world on the books. They’re no marketing slouches either. They pioneered much of contemporary thinking around brand and brand strategy; essentially inventing the job of brand manager to ensure that all their products are on-brand from conception to customer delivery. P&G was an early adopter of branded content too. In the 1930s, they pioneered the soap opera in order to market to housewives.

So what’s P&G secret sauce? Innovation. Bob McDonald, former President and CEO of Procter & Gamble, remarked that “promotions may win quarters, innovation wins decades”, an aphorism that P&G is happy to double down on. They employ over 1,000 Ph.D.’s and spent almost $2 billion on research and development in 2014. Admirably, they’re always pushing the envelope. This dedication to innovation has led to the introduction of any number of game-changing products: an inexpensive soap that floated on water (Ivory), a toothpaste containing fluoride (Crest) and an effective disposable diaper (Pampers).

In 1998, Gillette introduced the Mach3 razor after spending almost $750 million on R&D. It promised a reduction in skin irritation through the multi-blade razor cartridge. Mach3 launched with a splashy ad campaign emphasizing the razor’s technological advantages (and a fighter jet).

Gillette had successfully used the “razors and cartridges” model for years. Credited, probably apocryphally, to Gillette’s founder King Camp Gillette, it requires a company to sell a product (like a razor) cheaply, and rely on sales of a complementary good (like razor cartridges) to drive profits. Using this model, P&G dominated the shaving market.

P&G gave its Gillette razors a brand story that underlined the resounding technological superiority and quality of the Mach3. P&G argued that their razors were a premium product that deserved a premium price, and consumers agreed. It was the price of progress. In 2006, Gillette took it further and launched Fusion, featuring five blades.

Also in 2006, Amazon launched Amazon Web Services. This might seem irrelevant to razors, but AWS made it cheap to start an online company. It’s what Dollar Shave Club used to get off the ground.

Inclusivity Instead of Exclusivity

Dollar Shave Club has a very simple proposition – $1 a month, plus shipping and handling, will get you a fresh razor and a clean shave. They also built an irreverent brand story that fostered intimacy with their customers directly.

Member Adel hits the beach with this #UnboxDSC. She gets a free DSC shirt. If we repost yours, you do too!

What do we know about the blades? They’re [expletive deleted] great. That’s it. The brand story isn’t about innovation and progress – it’s about making your life easier, cheaper and more fun. Not surprisingly, this resonated strongly with the target market – men who were tired of paying big bucks just to shave.

It’s not about the product, it’s about the relationship. That’s something that P&G isn’t good at.

Dollar Shave Club drove the brand story through branded video, aggressive social media marketing (including custom content for Facebook) and content marketing. Each monthly package includes a custom brand magazine, styled as a bathroom reader and featuring offbeat content. The subscription-based revenue model demands that Dollar Shave Club keeps its customers happy and committed to the brand. Dubin boasts that the company gets 50,000 referrals a month. As of July 2016, Dollar Shave Club has 2.7 million Facebook followers – more than Gillette. In a platform that’s more and more “pay to play”, that’s a significant win. Social media is major driver of both brand building and customer support. Customers get constant and personalized support via company social channels.

It’s not about the product, it’s about the relationship. That’s something that P&G isn’t good at.

It’s not over yet. Dollar Shave Club’s market share of the U.S. razor market is only 5%, despite selling 15% of all cartridges. Customers pay on average $7/month and insiders say that the price margins must be punishingly small. Dollar Shave Club is not yet profitable. Moreover, Procter & Gamble is a fighter and Gillette doesn’t look like it’s going the way of Blockbuster any time soon. They’ve just announced Gillette Shave Club, with copy taking similar veiled swipes at Dollar Shave Club (although interestingly, they’re not changing their brand story). However, Dollar Shave Club now has access to money and resources of a major corporation – and a brand story that is appealingly non-corporate.

The future should be interesting. 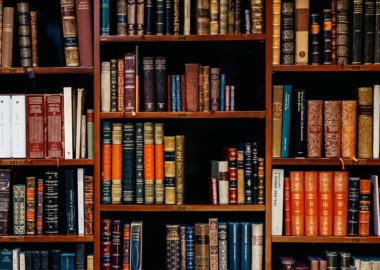 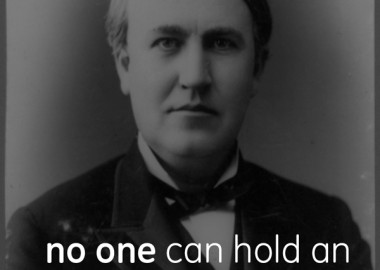 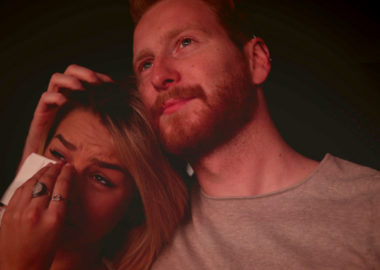 Three Examples of the Undeniable Power of Emotionally Resonant Advertising