Find wealth tips and the f-bomb in this anniversary book 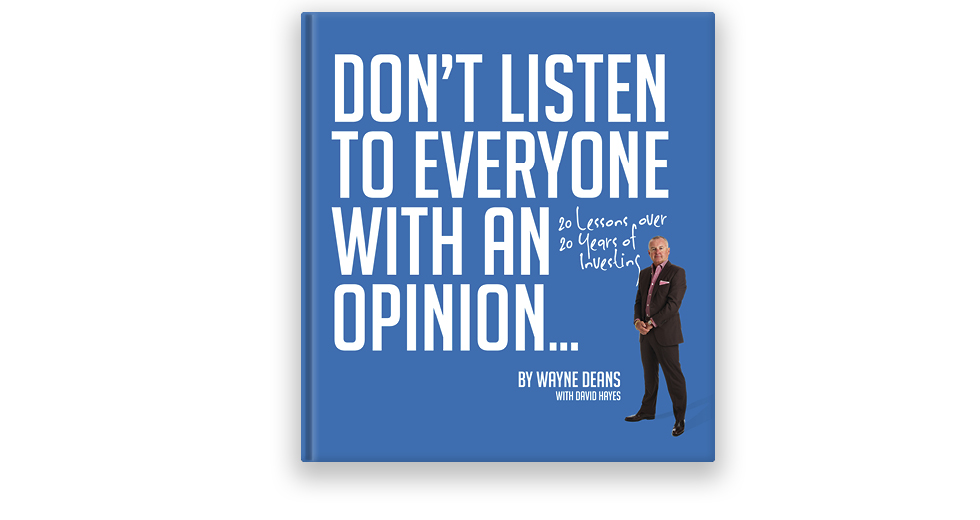 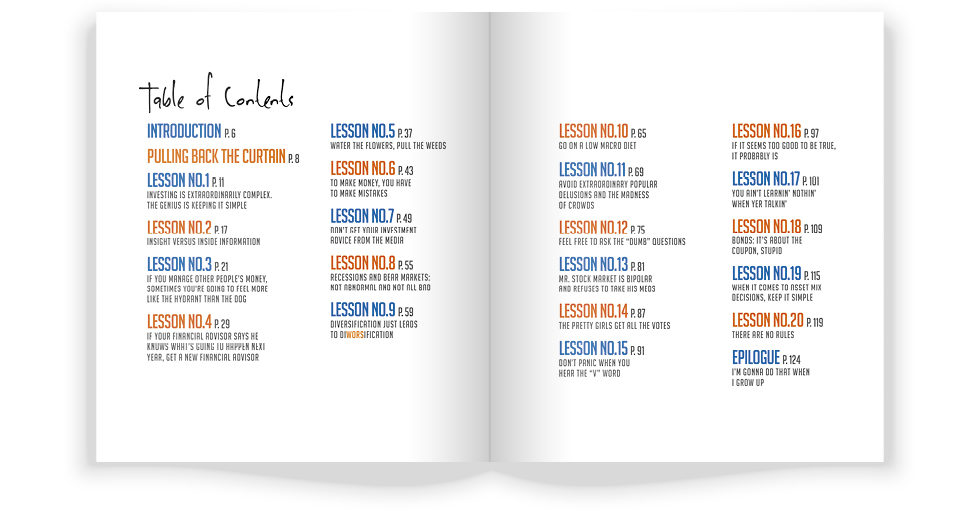 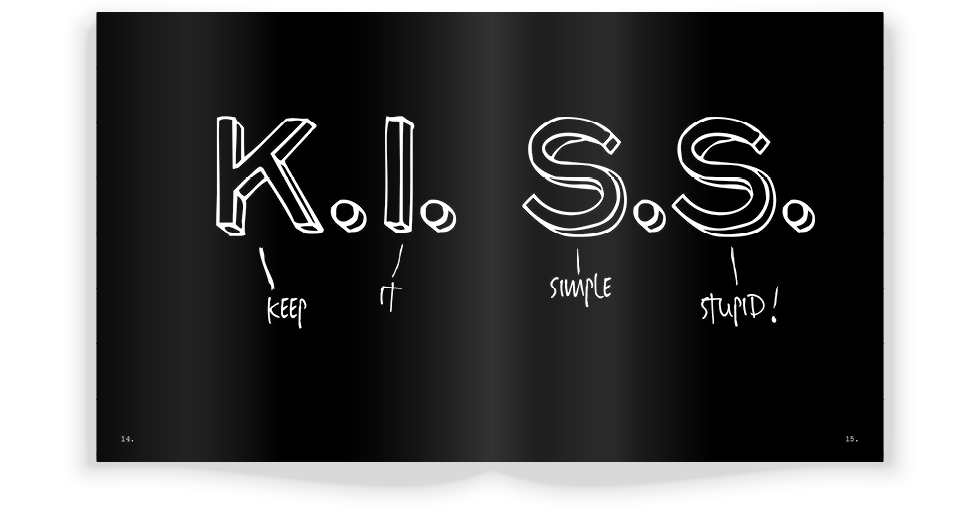 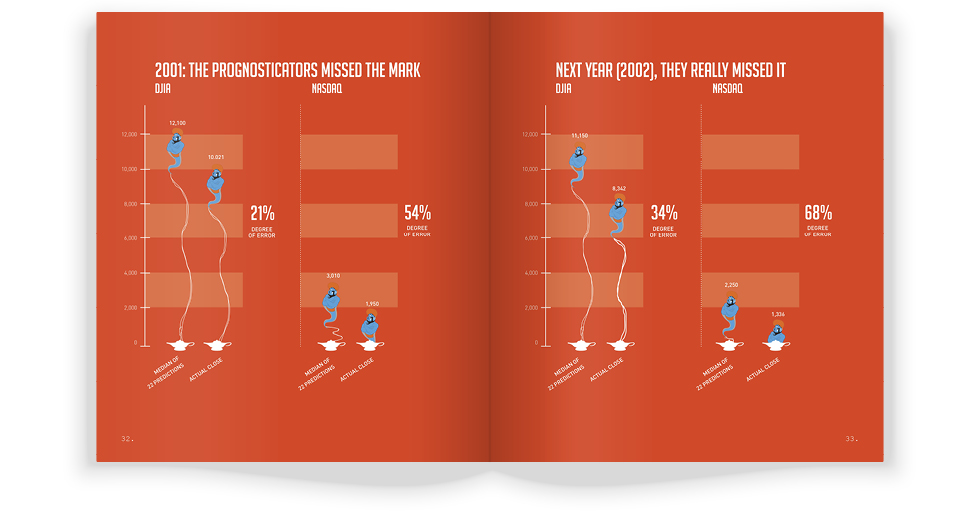 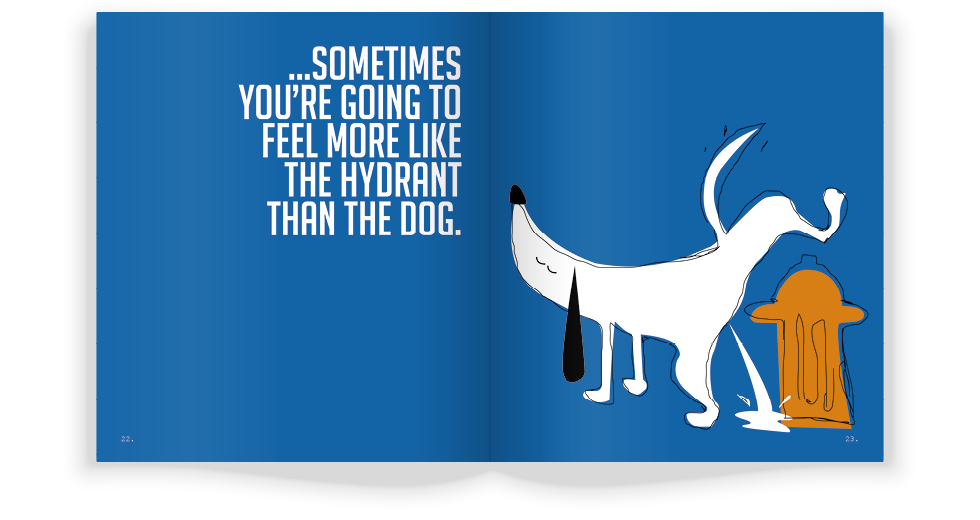 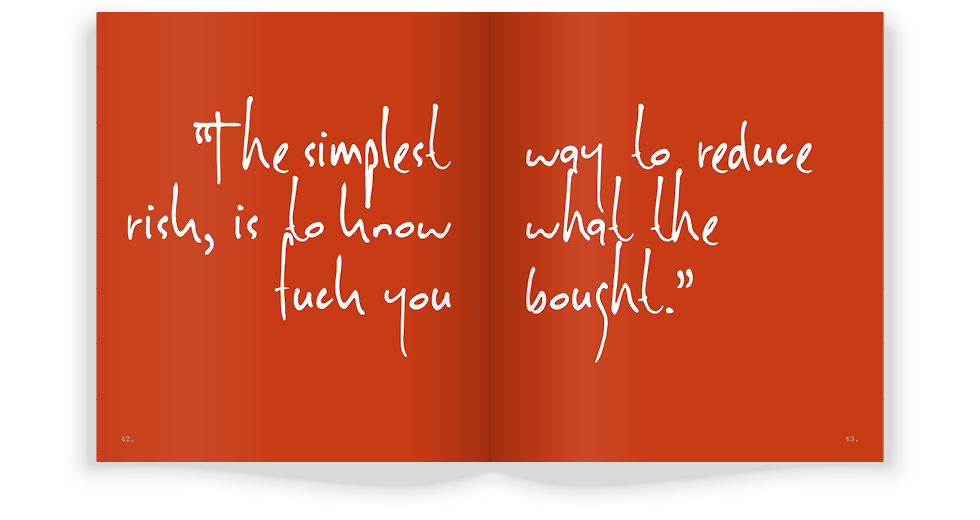 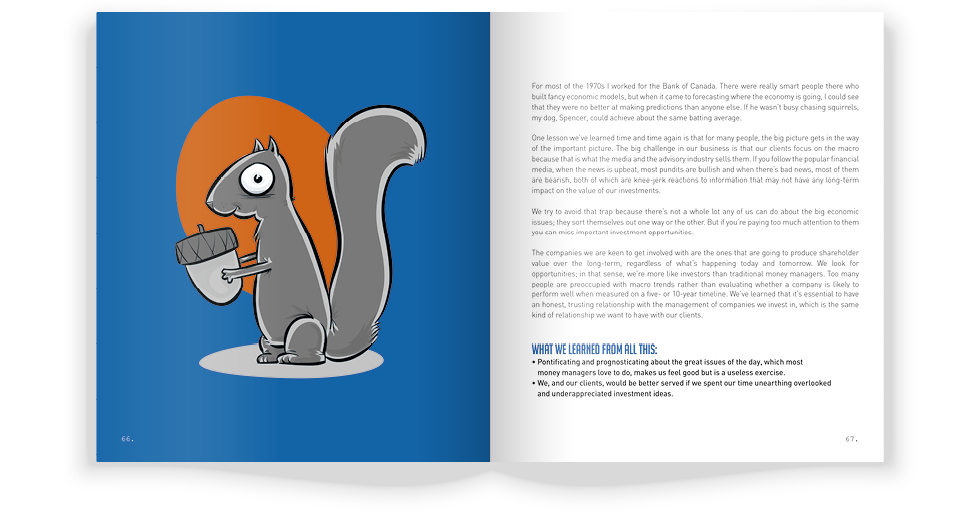 Most investment books are BS in a ball gown. Thanks for helping us do something radical – an investment book that actually helps people. I can’t think of a better way to have marked our 20th anniversary.
— Wayne Deans, Co-founder, Deans Knight Capital Management

Investment firm Deans Knight was about to celebrate its 20th anniversary, and its visionary co-founder and CEO, Wayne Deans, wanted to mark the milestone with a book he and his team could give to prospective clients. They were clear that they didn’t want a book about their corporate history. They wanted a book about investing that was so good that prospects would line up to work with Deans Knight and pass the book along to their friends, who would do the same. The catch? They didn’t want it to look, feel or sound like an investment book.

This is not a tepid company culture so this could not be a tame book. Wayne isn’t afraid of dropping the f-bomb to make a point, so we wrote a book that is a reflection of his personality, and the firm’s fun-loving and bold culture. (If someone’s easily offended, they’re not the right client for Deans Knight.)

The firm had an archive of market-trend analysis newsletters, which we mined for insights. We opted for punchy short essays and provocative pull-quotes in favor of a more traditional narrative. Our design team embraced the Deans Knight brand and delivered a fresh, unflinching design to hook the reader, using irreverent graphics and edgy typography.

Everyone says they’ve never seen an investment book done this way. And we do mean everyone – word got out to the investment community and orders have come in from Australia to Hong Kong and the United Kingdom to the United Arab Emirates. Most importantly, the Deans Knight team sends a copy to every prospect before they meet and the feedback they get has been outstanding.

One more cool thing about this project

While most of the books are given as client gifts or used as business development and marketing tools, the firm also sells copies to perfect strangers who want to get their hands on it. Ongoing profits from these book sales are donated to the SPCA. (Wayne’s a huge dog lover.)