I’m Confused By The Under Armour Brand

How do you feel about the Under Armour brand?

It’s a question I’ve been asking since one thing became clear: the rise of the 20-year-old performance apparel brand from Baltimore is no accident. Like it or not, Under Armour is here to stay.

If you believe chief executive Kevin Plank, the company’s ultimate goal is to take on and defeat the Behemoth from Beaverton, Nike, Inc. It’s a name Plank and other UA executives refuse to utter. “Five years ago, our largest competitor was 12 times our size,” Plank recently told Bloomberg. “Then it was 11 times, then ten times.”

With a market cap of US$100 billion, Nike is more than six times Under Armour’s size.

To wit: by 2015, UA had surpassed Adidas to claim second place in the U.S. market, signing marquee athletes to rich endorsement contracts along the way. To Steph Curry, the NBA sensation and 2015 most valuable player, they gave an undisclosed equity stake in the company. And to Jordan Spieth, the young PGA star many regard as the next Tiger Woods, they awarded an 11-year contract worth some $20 million a year. Both look like someone your sister might have dated in university, but they’re two of the biggest emerging stars in sports, period.

Under Armour has a distance to go, yet. Nike owned 95.5 percent of the basketball shoe market in 2014, according to Fortune. With a market cap of US$100 billion, it’s more than six times Under Armour’s size. And it’s recently locked down Cleveland Cavaliers forward LeBron James with an unprecedented lifetime contract. Insiders are mum on exact terms, but James’s agent has indicated it’s north of a billion dollars.

Absurd sums are at play. But as a storyteller, I’m less interested in banknotes than in emotional ones. Since advertising and endorsement seek to shape resonances of a brand and beguile us in the process, it’s worth thinking about how they’re succeeding or failing—and why.

A brand story gets through to you as much as it gets through, no more and no less, and the fantastic sums companies spend to influence your emotions can finally be judged, on merit, as investments.

The best way I can think is to submit to an impromptu focus group of one. To save myself continually having to write “to the best of my memory” and “as far as I know,” let me issue a blanket qualification now. Impressions are, by their nature, fragmented and incomplete, and, like most people, I lack an encyclopedic knowledge of the Under Armour brand. But that’s kinda the point. A brand story gets through to you as much as it gets through, no more and no less, and the fantastic sums companies spend to influence your emotions can finally be judged, on merit, as investments.

I should note that I’ve done my best to avoid improving my opinions by research. I know only what I know. If this is a focus group of one, it should be an unrehearsed one.

What do you know about Under Armour? They’re headquartered in Baltimore. They’re the world’s No. 2 sports apparel brand, although not much bigger than Adidas. Their CEO sees responsive tech as the next frontier in apparel, and he’s moved aggressively in buying fitness apps and activity tracking technology, the better to compete with Nike.

How do you feel about Under Armour? This really is the spur for this blog post. I’m genuinely surprised that so unappealing a brand has ascended so quickly in the sports firmament. The adjectives I’d use to describe it—awkward, dorky, clunky, ugly—all belong to the same unhappy family.

Why do you feel that way? My first contact with the Under Armour brand took place ten years ago. I’d returned from living in Asia, and set myself to steep in North American media once again. At that time, the name was more descriptive of product offering: Under Armour made technical undergarments for football players. I found the logo obvious and ornate; to my eye, the swoopy “U” and “A” described nothing if not the human knee, complete with floating patella.

And then came the shoes. The greatest knock on them, then as now, is ugliness. The first pair I saw either were back-catcher’s cleats or did a convincing impression of them—a no-go either way. It’s worth noting that even as UA overtook Adidas, its growth relied heavily on the apparel business. Its shoes rank seventh behind such brands as Skechers, Asics, and New Balance.

But more than anything, it was a television ad that formed my first and most enduring impression. “Click-Clack,” released in 2007, coincided with the NFL entry draft, and ran through the fall of that year. Although it featured NFL hopefuls Vernon Davis, A.J. Hawk, and Jeremy Bloom, the spot’s real focus was big muscles, deep voices, military drumming, and one unintentionally hilarious catchphrase. As an ad, it’s possible it succeeded. (I’m still talking about it.) But I can still feel the heat of my initial embarrassment for Under Armour, and the brand remains radioactive ten years on.

Any final thoughts? I’d never seen the first Under Armour television ad until a moment ago. I’ll think you’ll agree that “Protect This House,” from 2005, it’s of a hyper-masculine piece with “Click-Clack.”

Brand stories are told in fragments, over the course of years. This mosaic of messages needn’t articulate the precise shape of your brand identity. (Living things resist such description.) But two things are crucial. The messages must compel an emotional response, and they must be excellent. The world doesn’t need more stories, it needs better ones.

If Under Armour blew a sour note with those early ads, it hasn’t dented the company’s long-term prospects too badly. We form impressions as readily as we breathe, and the marketing machinery of a large organization spawns an ecosystem of stories to support its brand identity. Because this identity is greater than the sum of its parts, there’s room for the occasional gaffe. Just keep the clicking and clacking to a minimum. 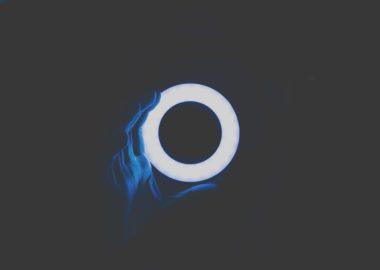 7 Storytelling Resources You Need Now to Clarify Your Brand Story 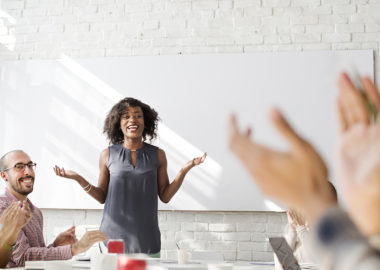 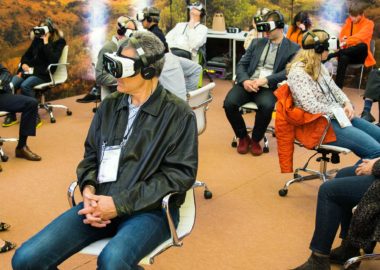 How to Tell a Crystal Clear Brand Story