7 Effective Leaders Who Embrace Storytelling and Why

As a leader, you’ve probably heard that storytelling is important, and that you should be using it regularly. We heartily agree. But don’t just take it from us. Here, we’ve profiled seven leaders who embrace storytelling: who have impressed and delighted us with their ability to use storytelling to persuade, inspire, teach, and explain in a way that emotionally connects with their audiences.

When Airbnb CEO Bryan Chesky launched Trips, a service enabling Airbnb customers to book tours and experiences, he also delivered an instructive lesson in storytelling. I teared up at the photo of Chesky as a child kissing his mom on a beach. I was hooked. And this was clearly intentional.

The service itself was designed intentionally too, with story as its inspiration. Trips was informed by story guru and famed mythologist Joseph Campbell and his “hero’s journey.” According to Chesky:

A character starts in their ordinary world. They cross the threshold — think Wizard of Oz — to this new magical world, where they meet people… They have a moment of transformation and they return to the ordinary world.

Chesky says he realized that shared accommodations and places — Airbnb’s bread and butter — is only part of the journey. “People remember the magic of an experience.”

Note how from the outset Chesky creates an intimate relationship with his audience, sharing photos and memories, and asking the audience to consciously call to mind their own. The service of creating magical experiences is then introduced naturally and easily, because the audience’s imagination, memories, and emotions have been engaged.

Burton’s Donna Carpenter reminds us that stories, while important in affecting change, are also vital to us personally as leaders. We must tell our own stories, she says, in order to understand them.

One story Carpenter has often told is of a pivotal realization that changed her own behaviour — and ultimately the direction of her company. Said Carpenter:

Often it’s the pain points that move us to change. 13 years ago, I had an important “Oh Shit” moment when my husband came to me after a global directors meeting: Out of 25 leaders, there were only three women in attendance. Jake knew that having an underrepresentation of women didn’t bode well for our company, both in terms of attracting talent and being innovative. It was my job to do something about it.

Things at Burton have changed profoundly: 13 years later, over 40 percent of leadership at Burton is female, 50 within the management team. Carpenter is living the story she’s been telling about the importance of gender equality, and creating killer-cool new stories in the process: in 2017 she offered to pay for Burton employees to attend the Women’s March in Washington, D.C.

You’ll see in this video that Zappos CEO Tony Hsieh is not a champion public speaker. He’s nervous. He avoids eye contact. But that’s totally okay: he seems human and a little vulnerable. What’s fascinating in this clip, in which Hsieh tells a story about the very early days at Zappos, is his recognition — even then — that “hiring for culture,” as he puts it, helps to create the stories that ultimately shape that very culture. This story in itself, along with many stories we’ve heard like it, has helped to cement Zappos’ reputation as an extraordinary service provider.

Zappos has now firmly established its reputation for fostering a storytelling culture from within. They began, for example, conducting Zappos tours to give vendors insight into the company’s operations. After word spread, they made tours an official process, enabling them to intimately share numerous stories about their people and culture with those interested. Zappos also supports Zappos Insights, a members-only website aimed at sharing stories and lessons about company culture. And as Hsieh continues to remind employees and audiences, “a great brand is a story that never stops unfolding.”

Elon Musk, CEO of SpaceX and Tesla, founder of The Boring Company, and cofounder of OpenAI, has inspired and affected significant change in industries ranging from online retail to solar energy to automobiles to space. His M.O.? Storytelling.

Musk, as writer Charles Morris observes, has since the beginning of his career “shown an impressive ability to convince investors to stake large sums of money on what must have seemed highly risky, even Quixotic, business propositions.” This is of course in part due to Musk’s drive, and his belief in the value of his business ideas. But, says Morris, “even the greatest idea is unlikely to become reality if it isn’t explained in a way that people can understand. Fortunately, Mr. Musk is exceptionally good at explaining what he wants to do, and not in stilted techno-speak, but in plain language that captures people’s imaginations. In other words, he is a gifted storyteller.”

Strategist Andy Raskin, in one of my favourite posts, breaks down just what it is Musk does when telling a story, distilling Musk’s presentation on the 2015 Tesla Powerwall into 5 storytelling fundamentals for presentations. Learn from a master.

Legendary entrepreneur Richard Branson has spoken on countless occasions about his enormous respect for storytelling, and his belief that other entrepreneurs should be educated about how to embrace storytelling as a tool in their business arsenal. In terms of leaders who embrace storytelling, he’s perhaps the world’s best-known example. In an interview with Carmine Gallo for Forbes and Inc., he observed that “the Virgin story — its ups, downs, opportunities, and challenges — is what attracts people to its products and services, as well as attracting employees to join the Virgin family,” saying that, “We would be nothing without our story.”

I have always loved stories. Ever since I started in business with Student Magazine, I have been fascinated by the intersection between storytelling and entrepreneurship. Entrepreneurs who make a difference are, in effect, professional storytellers.

Branson has clearly passed his affection for storytelling along to his senior leaders. In 2017, Virgin.com devoted an entire month to storytelling, helping to educate entrepreneurs about the use of storytelling in attracting investors, serving customers, and ensuring corporate social responsibility.

You know Netflix. Perhaps (like me) too well. And we’ll bet you also know of Netflix Culture: Freedom & Responsibility, that famous Netflix PowerPoint: the one that’s probably been forwarded to you by your boss or colleague, that’s been viewed more than 17 million times? Here’s the updated version on their website; you can view the original below.

Patty McCord was serving as the company’s Chief Talent Officer when she created the slide deck with Reed Hastings, Netflix’s CEO. In an interview with Steve Henn on NPR, McCord described how, one day while carpooling with Hastings, she wondered aloud why work was so fun:

McCORD: We’re in the car driving, and I’m like, why is this so fun? I can’t wait to get to work. I don’t want to go home at night. I mean, we’re working so hard. What is it about this? And Reed’s like, go find out [laughter]. Let’s find out. Let’s write it down.

HENN: So Patty did. Over the next few years, she put together this slide deck like a PowerPoint presentation that, weirdly, goes viral. Today, it’s been viewed 12 million times. Sheryl Sandberg, the COO at Facebook, once called it one of the most important documents to come out of Silicon Valley. And the slides are surprising. One says, Hard work – not relevant.

Today, Netflix offers unlimited vacation time, high salaries. This company doesn’t care how long you’re in the office, but they do care about what you produce. And you have to produce. Here’s another slide: We are a team, not a family. We are a pro sports team, not a kids’ recreational team.

The story about Netflix culture, which McCord told in the PowerPoint viewed round the world, helped to shape Netflix culture. In a Fast Company article, McCord recalled that “after Netflix’s culture was put online, McCord says it completely changed the conversation during interviews. Instead of saying, “Tell me about your life,” the conversation now revolved around, “How do you do productive work?”

When Harvard researcher Amy Cuddy stepped onto the TED stage to deliver TED’s second-most-viewed talk of all time, she began to tell a story she felt nervous about. You wouldn’t know it, since Cuddy also happens to be an expert in body language. But after she shared her painful experience of surviving a brain injury and struggling, as a high achiever, to accept a significantly lower IQ as a consequence of the accident, she received accolades not only for her helpful tips on body language, but for telling that personal story.

Off with you now, to strike that power pose and hone your storytelling skills.

A few more references for leaders:

Does your company’s leadership want to embrace storytelling? Our expert storytelling trainers can teach anyone to effectively use story to drive employee motivation, increase sales, or enhance a positive corporate culture. We’d love to hear from you. Call us at 1.877.777.ECHO (3246) or email us at hello@echostories.com. 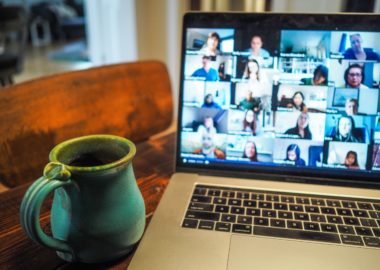 Five Ways To Strengthen Your Client Relationships Eroded By The Pandemic 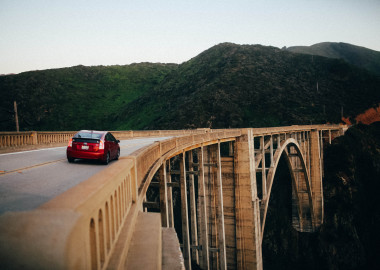 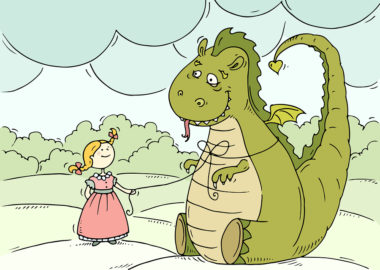 How to Take Your Content Beast Out for a Walk