I’d make a terrible salesman. I know because I’m related to some pretty competent salespeople who often trick me into doing their bidding. Only in hindsight does the penny drop.

I’d be terrible at marketing and advertising, too. Advertising — the who, what and where of products — is enthralled with a world that is strictly black and white. But that’s not real life. The world is shades of grey (hmm…not 50 of them).

What I am is a storyteller, and I think I’m pretty good at it. I like the who, the what and the where of things — I find them interesting — but what helps me more is my fascination with the how and the why. Perhaps that’s as good a definition of why advertising ≠ storytelling as I’m likely to come up with.

That why I’m sad when clients question the power of honest storytelling in favour of mere marketing and its unrelenting, no-nuance positivity. It’s human to be tempted by the safety of a story that goes “First it was good, then it got better, and now it’s the best.” But should safety be the point? Is risk not the foundation of business? Of life?

We learn by story. We persuade by story. Our brains light up because of how we narrate the world:

When we tell stories to others that have helped us shape our thinking and way of life, we can have the same effect on them too. The brains of the person telling a story and listening to it, can synchronize.…We are wired that way. A story, if broken down into the simplest form is a connection of cause and effect. And that is exactly how we think.

Even advertising has realized that you can’t distract the heart:

In the past 30 years, scientists have shown that we are much more likely to retain something mentally when we have a strong emotional response to it. Ads imprint themselves on the cortex when they touch the heart.

Or, as Paul J. Zak, the father of storytelling neuroscience, explains:

Why should customers or a person on the street care about the project you are proposing? How does it change the world or improve lives? How will people feel when it is complete? These are the components that make information persuasive and memorable.

If your story is perfect, we won’t believe you.

Once upon a time, an entrepreneur decided to build and market a widget. She got the idea while visiting orphaned whales and in their memory pledged to keep her costs low and ethics high. When her workers threatened to organize a union, she sat them down, made them tea and everyone sang Kumbaya. The IPO was through the roof, everyone got Class A shares, dividends rained down like cherry blossoms in the springtime, the planet healed itself and she still had plenty of time for her kids and her yoga. The widgets were best of class.

Come on. The world is imperfect, and those of us who live in it are reassured by a few recognizably rough patches. Branding Magazine suggests we’re becoming more attuned to the lie of perfection (hence all those corporate apologies online). The market will need to follow suit:

Remember, though, that “authentic” can go too far. We’re fans of the courage that Starbucks founder Howard Schultz has shown in daylighting serious issues adjacent to the production and consumption of fancy coffee drinks. But it’s possible to be too earnest:

Starbucks is boldly exploring, and perhaps overstepping, the landscape of cultural leadership that is increasingly being demanded of all brands. If anything, the way in which a conversation is initiated and the tone of the dialogue is the real issue.…As Starbucks has demonstrated, the more brands rise to the challenge of being more socially responsible, the more often they will find themselves wading into sensitive conversations that polarize people

If your story is perfect, we might hate you.

Earlier this year, Denmark’s Happiness Research Institute (yes, there is such a thing — the real question is, Why don’t we have one?) split more than 1,000 people into two groups: half were allowed to keep Facebooking, while the rest were kept off the social network. After just one week, the two camps showed marked differences in the degree of satisfaction they reported in their lives and friendships, in their moods (Facebooking led to more sadness, worry, and depression) and in their degree of concentration.

Why? Blame Facebook’s unrelenting cheer (which led some years ago to the pejorative term Fakebooking). The gap between our real, textured, highs-and-lows lives and the Barbie Worlds we see online — all those trips to the Pyrenees, the selfies with celebrities, the perfect kids — are actually making us miserable because they’re not true:

Social media is a non-stop great news channel. A constant flow of edited lives which distorts our perception of reality.

After that one week off, the non-Facebookers in the Danish study awoke from the dream of envy, and in their waking felt that they had found more meaningful lives. Imagine if the next unrealistically, aggressively, unrelentingly positive story they decide to shelve is yours.

Can’t tell which of your stories are authentic and constructive, and which will lead to online shunning and erosion of market share? You should probably call us. 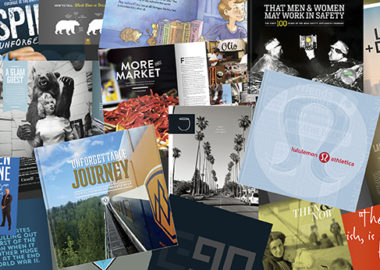 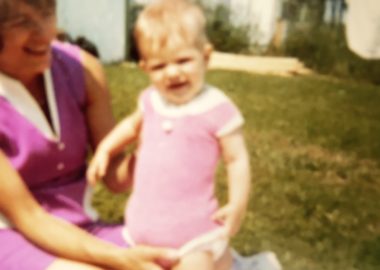