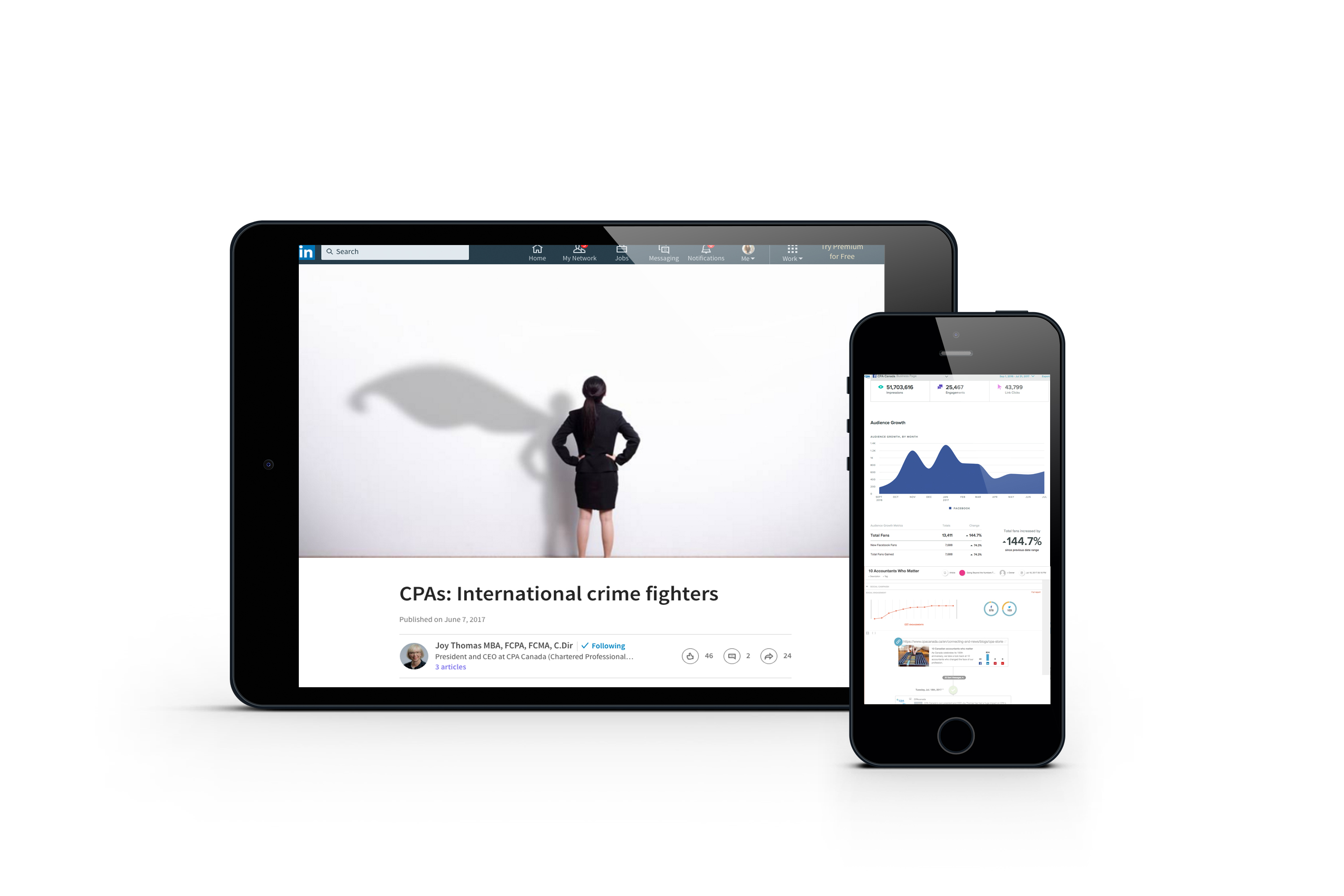 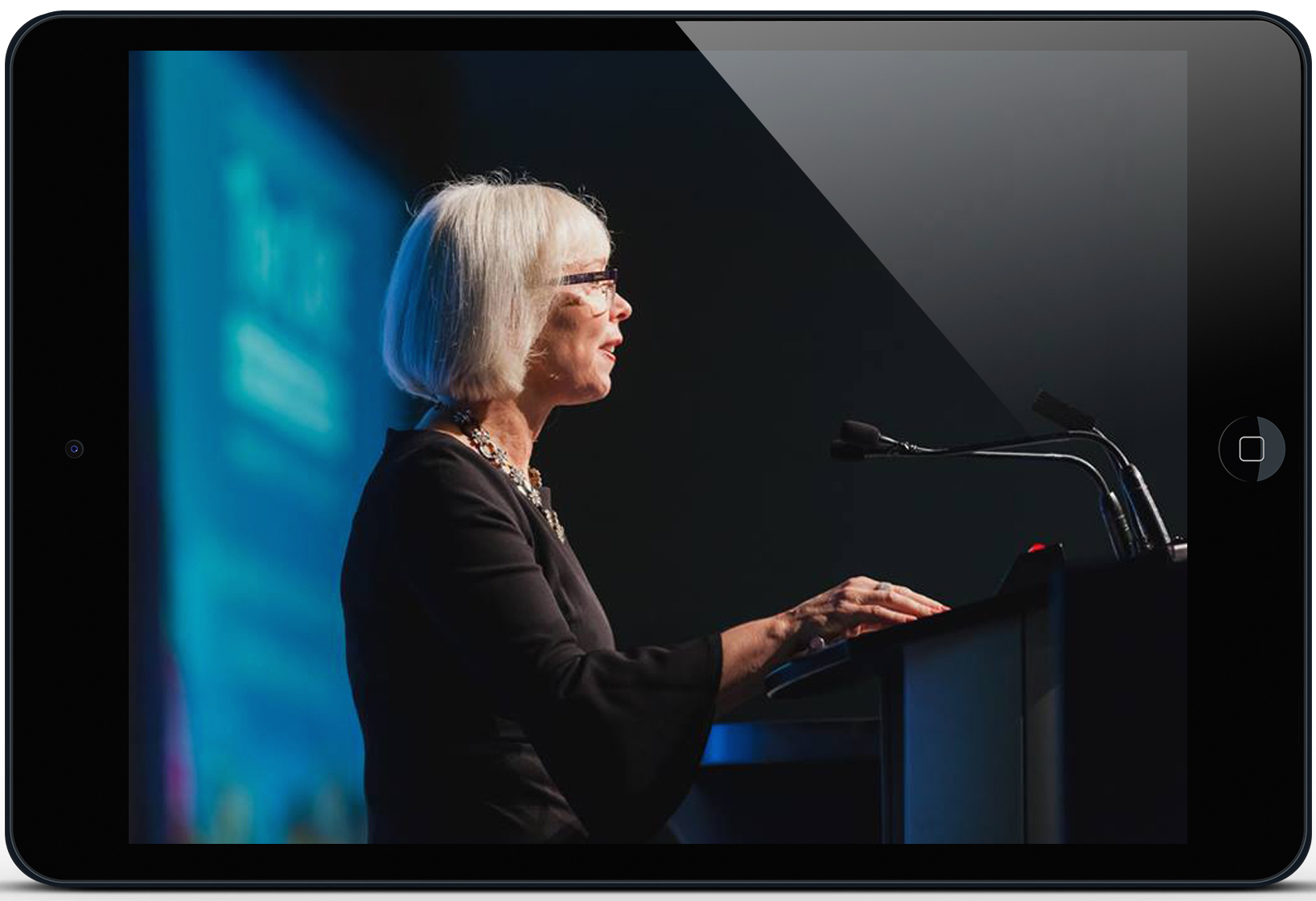 In 2016, CPA Canada celebrated the completion of a multi-year unification process, bringing together 40 separate Canadian accounting bodies as well as 210,000 members—all under the CPA Canada umbrella. Unification represented a tremendous victory, but with it came the challenge of effectively communicating the new organization’s brand story, values, and services–especially on social media. Also challenging would be establishing trust and a lasting relationship with an audience of Canadian accountants and business leaders, and ensuring that audience found its interaction with CPA Canada on social media invaluable.

We knew that a cohesive and thorough social media and content strategy was required to help establish and communicate goals, priorities, and the key stories to tell through CPA Canada’s blog and social content. Working with CPA Canada’s executive team and communications leaders, ECHO delivered what we now affectionately refer to as the “SOP”: a Strategic Operations Plan that laid out a clear road map for how to hit the organization’s business and content goals, and to reach and engage its targeted audience.

We started by training CPA’s internal teams, and by embarking on a year-long campaign to plan, produce and distribute content on blogs and social media. The CPA Canada communications team began implementing key elements of our strategy in January 2017, and by the next quarter, we were fully up and running. In March we guided quarterly and monthly planning meetings where we met with execs and stakeholders to confirm content themes and ideas; we worked with production specialists within the organization to confirm a system for producing and translating written and visual content using an easy scheduling and review tool; and we began producing the first ‘batch’ of content: a series of blog posts with strategic social promotion (organic and paid). As we navigated a large corporation with strict brand guidelines, we enjoyed the creative challenge of finding ways to get the most engaging content on CPA Canada’s website and social feeds, while respecting the bounds of their branding. We also developed a social media playbook to guide anyone in the CPA Canada organization in creating or promoting content on social media. And we designed a custom analytics spreadsheet and report to track our significant progress.

Yup. It was a ton of work, it had to be done fast, and expectations were high. But here at ECHO, that’s how we like to roll.

RESULTS: Drastically increased market reach and a membership that is proud of the stories they see coming from their organization

CPA Canada’s overall market reach (audiences across social channels) is now higher than it’s ever been, up by a full 100% since January 2017, with 75% growth among LinkedIn and Facebook followers, respectively. Monthly engagement has also grown on key channels, especially LinkedIn (+68%). Perhaps most importantly, we worked closely with internal CPA Canada teams and individuals to ensure that we told the right kinds of stories, scoring massive hits with content that celebrated the history of accounting in Canada and highlighting stand-out representatives of the profession. We are especially proud of the relationship we built with the CPA Canada team and its membership. Their trust and partnership meant that we were able to deliver outstanding content that previously would not have found a home on their channels. We also found ways to repurpose volumes of content that have been produced in the past by CPA experts, showing that quality evergreen content can be just as important as new content to provide useful, engaging information–and to efficiently fill out a monthly calendar.

After delivering our social strategy for CPA Canada, senior leaders engaged us for two additional strategy projects, rewarding us with their trust.