The cherry on top of 100 years of history 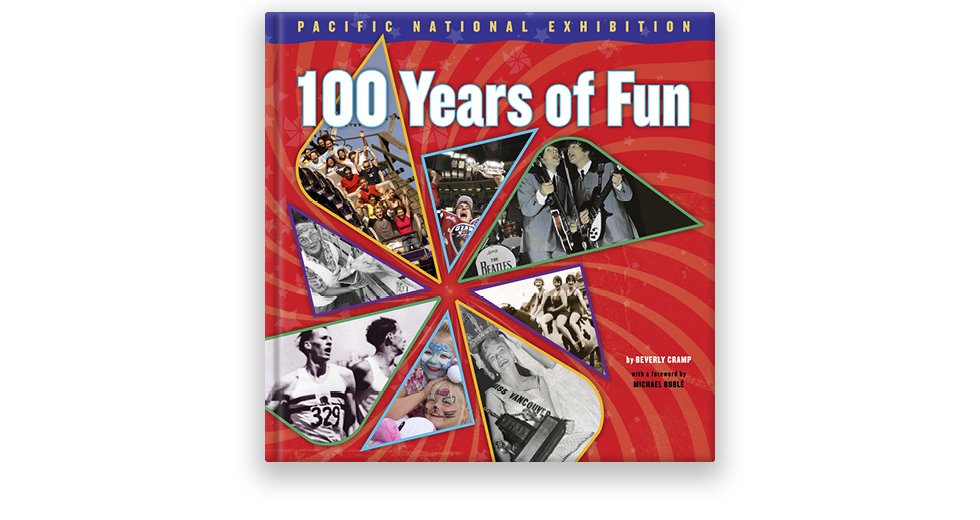 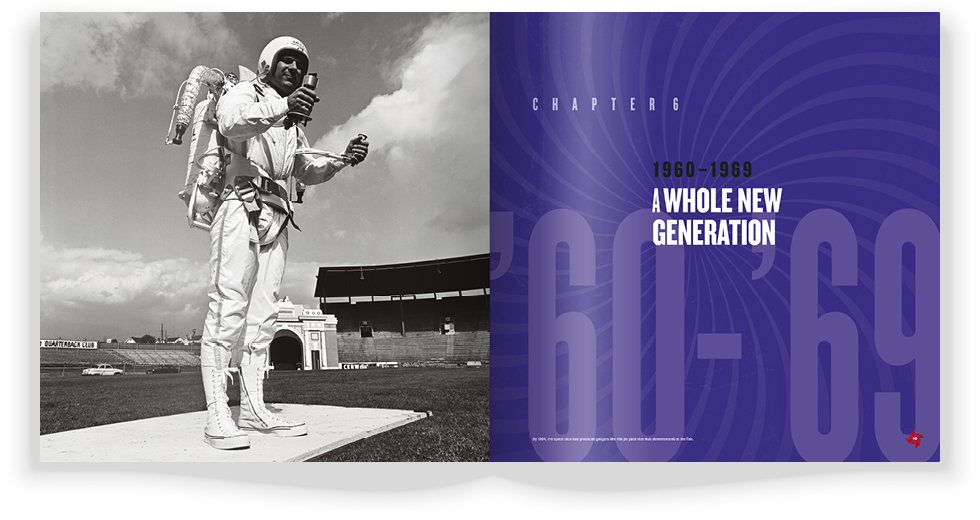 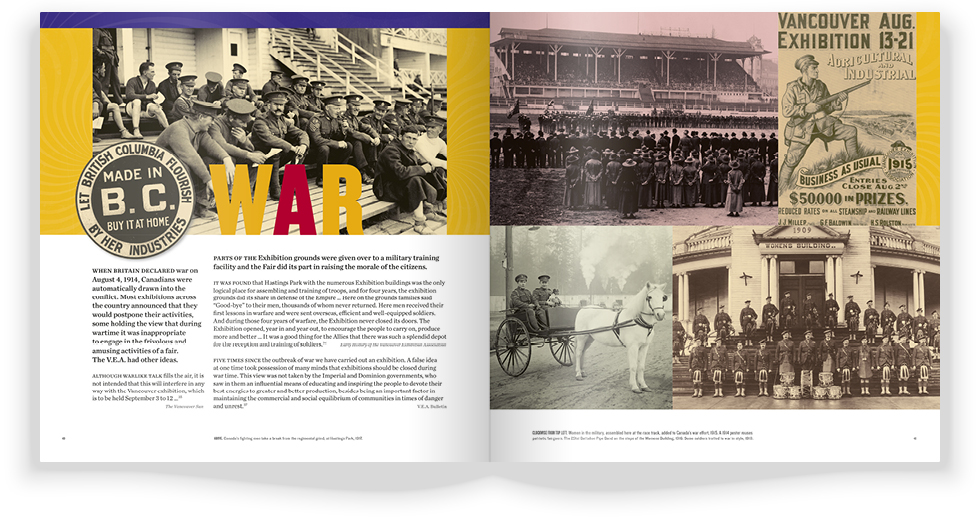 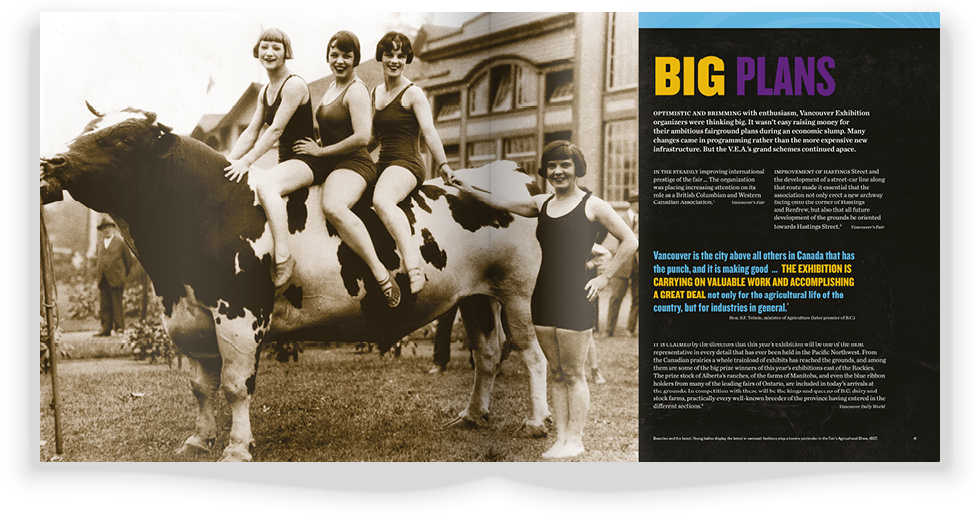 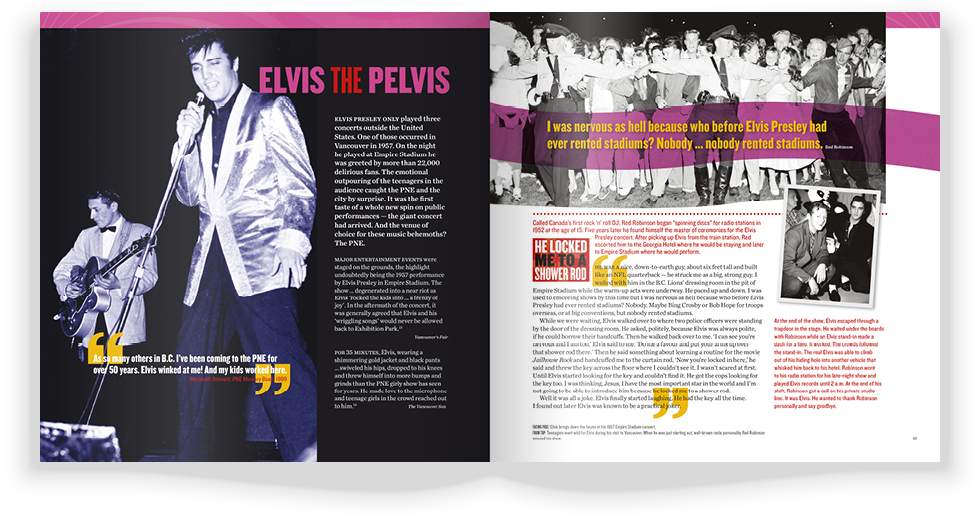 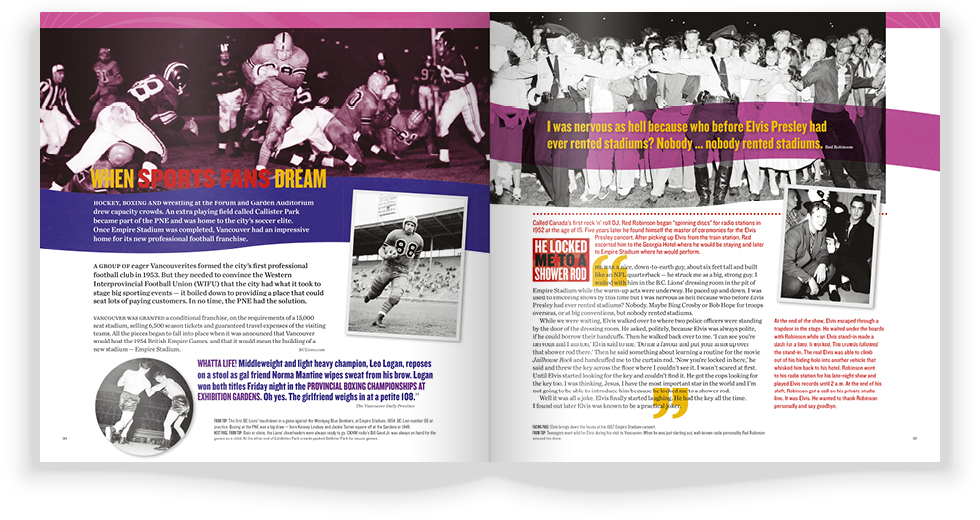 We just cracked the first carton and unwrapped our very first 100th Anniversary Commemorative book. It is absolutely spectacular and surpasses our expectations in its grandeur. Stunning, elegant, vibrant and colourfully fun...just what we wanted. Thank you all for being so talented and great to work with. We couldn't be happier that we put this project in your hands!
— Shelley Frost, VP, Marketing, PNE

North America’s third largest fair, the Pacific National Exhibition (PNE), was heading into its 100th year in a time of uncertainty. The grounds that the PNE had called home since 1910 were being considered for other uses, threatening to displace the PNE to a new location far from its iconic roots in the centre of Vancouver. The PNE needed to communicate to political decision makers, residential neighbours and Vancouverites in general that the PNE positively impacts the community throughout the year in many ways beyond the 17-day annual summer fair. The PNE’s brand is fun, so they didn’t want a didactic lobbying document. Instead, Echo proposed an anniversary book full of galvanizing, poignant and inspirational stories that let the PNE’s history make a compelling case for its future.

We crafted a layered narrative with sidebars, amusing facts, quotes, personal reflections and accessible serving sizes of fun and fascinating history. The idea was that a reader could open the book at any page and dive right in, while also receiving a clear brand message in an utterly entertaining way.

We spent months in municipal and private archives gathering the right imagery to capture the zeitgeist of every decade the PNE has been in operation. From hosting the Beatles and Elvis to its role as a venue for the 2010 Olympic Games, the visual story chronicled the role the PNE has played in putting Vancouver in the international spotlight. We’d never taken on such a huge photo research job before; over 600 images made it to print.

The book sold out at the centennial fair to visitors who were happy to capture a memento of their experience, as well as take a peek into the PNE’s past. More importantly, it helped anchor a successful campaign to keep the PNE in its historic home in Hastings Park. As a nice cherry on top, our client won the 2011 Marketer of the Year Award by the American Marketing Association for their 100th anniversary campaign, which was built around the book project.

The Grammy-winning musician Michael Bublé got his start at the PNE and agreed to pen a moving foreword for the book.