Every story is unique, right? Right. But there are certain templates most stories follow. These seven types of stories form archetypes that have engaged human attention for centuries.

These kinds of stories can appear in a marketing piece (such as a single TV spot) or become part of a larger narrative that tells the story of your company. Adopting one of these meta-narratives can yield a powerful branding tool that builds your company’s profile amongst your stakeholders. The types of stories you tell send a distinctive message to your customers, whether it’s one that you carefully crafted or not.

So. Which of these seven types of stories are you telling? And which ones should you be telling?

The quintessential example of this story type: David and Goliath. The basic narrative: plucky underdogs buck the status quo despite apparently insurmountable odds. Think Erin Brockovich and every sports movie you’ve ever seen.

A brand that does a great job of using this narrative is Apple. Even as it has become a behemoth, its brand purpose of disrupting norms has proved remarkably durable. Its iconic 1984 ad is also a classic example of the “overcoming the monster” narrative.

This narrative often works best to develop a brand’s reputation as a provider of quality. It also can exploit the vulnerability inherent in the story to make a formidable brand seem open, friendly and approachable. (Think Oprah.)

Johnnie Walker has used this narrative to amplify its brand of resilience and ambition. The Man Who Walked Around the World commercial makes much of Johnnie Walker’s humble origins and marks the exact moment that the brand moved from “farmboy to Edwardian dandy,” complete with top hat.

Quest narratives abound, with their central metaphor being that the journey is worth more than the destination. Think of The Odyssey, The Lord of the Rings Trilogy, or even The Catcher in the Rye. This can be particularly useful for a young brand that is still developing and is in the process of building the origin story of its brand, or defining its why in the mind of the consumer.

Nike tells quest stories in many of their ads, and particularly in the recent “Dream Crazier” campaign. Here they tell the story of women in sports, and the quest for equality, recognition, and respect.

Voyage and Return is a close cousin of The Quest, but they are differentiated by “the return.” A notable business example is Howard Schulz’s return to the helm of Starbucks after a time spent away. When brands are returning to prior ways of doing business, they are participating in a Voyage and Return narrative. This can be useful for rebranding purposes, or working to restore a brand in crisis.

Ikea took the Voyage and Return idea to a whole new level with it’s sequel to a commercial about a Lamp.

Many brands effectively use humour to entertain and engage their customers. One great example comes from Metro Trains Melbourne who wanted to promote safety around their trains. Dumb Ways to Die has an impossibly catchy tune, beautifully simple animation, and a good dose of humour.

Tragedy is mostly off-brand. However, emotional connection is always valuable, and for some organizations, their major function. Many NGOs and charities use tragic stories to help engage deeply with those who may volunteer or donate to their cause.

Child Bereavement UK takes a tragic story (the loss of a child) and faces it head on, by asking people what they would say to those they have lost in a campaign called One More Minute. It’s raw and very sad footage, and it opens up the space to talk about grief.

Things always go wrong. The Rebirth narrative is one of the most inspiring, combining vulnerability and success into one powerful package. Chrysler effectively used a Rebirth narrative after the 2008 financial crisis to rehabilitate its brand and image. The 2012 Super Bowl ad Halftime in America was an inspirational, highly patriotic pitch to the rebirth of American industry and manufacturing.

Of all the types of stories we tell, the most useful one is the one that connects with your audience. Whichever of these basic story types you are engaging in, in a big or small way, remember that it’s about connection.

Which story are you telling? And who is listening?

Does your business need a storytelling boost? Our expert communicators are ready to help you take your company to the next level. Give us a call at 1-877-777-ECHO (3246) or drop us a line at hello@echostories.com. 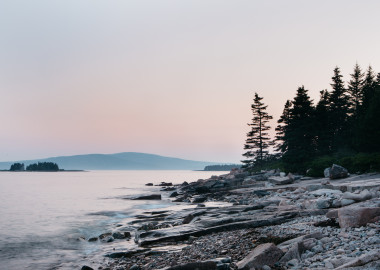 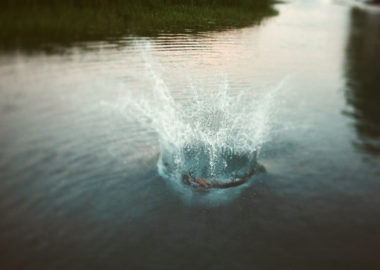