Child actor, dancer and singer Michael Cuccione first encountered cancer at the young age of 9, when he was diagnosed with Hodgkin’s lymphoma. Michael survived this first bout with cancer only to experience renewed symptoms and undergo a second round of aggressive treatment a year later. It was at this point during his hospital stays and recoveries, that he began writing songs and crafting motivational speeches that fuelled his cancer activism. Think about it: a child, now 10, facing cancer a second time, devoting himself to spreading messages of positivity and faith. After a bone marrow transplant, he was declared cancer-free a second time. Sadly, he didn’t reach adulthood: days after his 16th birthday, Michael — now a successful entertainer, inspirational speaker and fundraiser — died in the year 2001.

Throughout his illness and since his death, Michael’s parents, Domenic and Gloria Cuccione, have sought to amplify his messages and carry on his legacy through their Michael Cuccione Child Cancer Research Program.

ECHO STORYTELLING AGENCY: Does it feel like 15 long years since Michael’s death — or does it feel more like just yesterday?

GLORIA CUCCIONE: From the day he left us to this day, it feels surreal. It’s like we had this amazing child and amazing person in our lives, and the journey of the last 15 years has helped us make sense of it. It doesn’t impact you 100 percent all of the time — otherwise, it would knock you over. But both Domenic and I keep Michael at the front of our heart and soul every day.

DOMENIC CUCCIONE: For me, it feels yesterday, more times than not. Because we’re so involved in his legacy, it’s not like we lost a son 15 years ago, if you know what I mean. It’s like an everyday thing — for me, anyways.

ECHO: The foundation work you do in his memory, does it help with the ongoing process of grieving?

Because we’re so involved in his legacy, it’s not like we lost a son 15 years ago, if you know what I mean. It’s like an everyday thing.

DOMENIC CUCCIONE: It does. I enjoy doing it and I know why I do it. Michael is always on my mind, but more so when I see other kids suffering. That really gets me and really inspires me to continue doing what we’re doing. I hate going to Children’s Hospital, but every time we do go because of our foundation, we get to go and walk the wards see those kids. And it inspires me to continue doing what we’re doing, even though I’m 60 now. We’ve been at this for 21 years. Michael started this foundation and nurtured it before he passed. So for 21 years, first with Michael and then what we’ve been doing together as husband and wife, it’s been quite the road.

GLORIA CUCCIONE: It’s defined who we are as people, as a family, as a foundation. So much is embedded in us to carry on his legacy and to continue his cause. I don’t know if we could ever walk away from it entirely. Sometimes I think, “Okay, we’re not getting any younger. We’ve been doing this for 21 years.” But I’ll take my last breath doing something for his legacy.

DOMENIC CUCCIONE: Walking away would be like shutting the door on my son. I’ll never do that, never in my life.

ECHO: How important is it to you to have a physical memorial to Michael?

DOMENIC CUCCIONE: At Children’s, you walk in and they’ve got a wall with Michael’s image there.

GLORIA CUCCIONE: And the story behind it.

DOMENIC CUCCIONE: It’s huge. Beyond Michael’s image, we have a bust that sits in Italy, in the town where I was born. The Italian government recognizes people from afar who have gone and become something. They acknowledged Michael through me with a beautiful bronze bust right in front of city hall and the school. It’s been there since 2007 or 2008.

GLORIA CUCCIONE: And because it’s at the school, the kids get told the story. Michael said, “Tell the boys and girls to make a difference in this world.” So it’s really awesome that there’s a school that has his memorial there.

ECHO: Do you feel an obligation to continue his philanthropic work?

DOMENIC CUCCIONE: I don’t think of it as an obligation. I just look at it as part of my life. It’s what I do. I build homes for a living. So I get up and do my homes and then the foundation is just another part of my life.

Michael said, “Tell the boys and girls to make a difference in this world.”

GLORIA CUCCIONE: One of the nicest things is since we’ve lost our son, because it’s such a positive legacy, so many people have come into our lives. We feel so much love and support around us. It’s helped us to survive. How many times my husband and I have looked at each other and have said this, it’s all because of Michael. I hate to say it, but —

DOMENIC CUCCIONE: Today is because of Michael.

GLORIA CUCCIONE: Because of Michael.

DOMENIC CUCCIONE: All because of Michael.

GLORIA CUCCIONE: Everything in our lives that’s positive is because we had this amazing young man that went through hell and back and made such a difference in his short years and is our inspiration every day.

DOMENIC CUCCIONE: I’m going to tell you what my son told us. This is before he was sick. This is from a seven-, eight-year-old boy: “Mum, Dad, you’ve got almost the perfect life.”

GLORIA CUCCIONE: We really did.

DOMENIC CUCCIONE: “Yeah, Mike, we do have the perfect life. We’ve got each other. We’re always happy. We’re not deprived of anything.” And then a year and a bit later…

GLORIA CUCCIONE: Things changed. But he still kept that. He never brought anybody down. Even when he got sick, it was like… He was almost theatrical in a positive way. He would just make a bad situation something positive. It was unreal.

DOMENIC CUCCIONE: I’ve said this many times. I believe that Gloria and I were chosen to bring this boy to Earth, live on Earth for the short time that God allowed him to be here because what he did and how he was as a two-year-old, you could see this kid was totally different. There was something about him. And yet, we lost him and still today we talk about him because he was an amazing young man. We are the tools that God needed to continue what Michael started. That’s the way I see it.

GLORIA CUCCIONE: Before Michael got sick, I worked a lot of jobs and then I ran my own business. I always liked to work and have a challenge. But deep down inside, I always felt — I used to say in my prayers, even — I feel like I’m not doing enough. I feel like there is something in this world that I should be doing. I want more than fulfillment. Those thoughts went in and out of my brain many times before my baby got sick. And lo and behold, unfortunately, who the heck knew this was coming, but I do feel fulfilled in the way that we have done absolutely everything we can as two people that have grieved this way and lost somebody that was out of this world.

The next Michael Cuccione fundraising event, the 15th annual Golf for a Cure, takes place June 29. 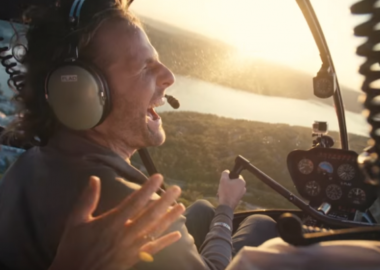 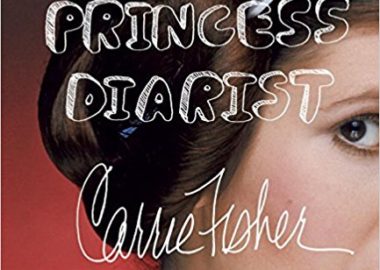 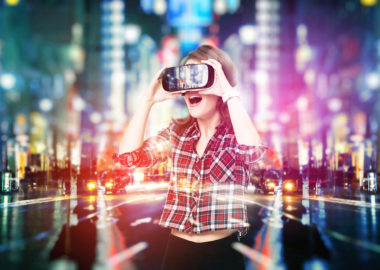 How to Use Powerful Experiences to Tell your Brand Story