A quirky keepsake book for fans and crew 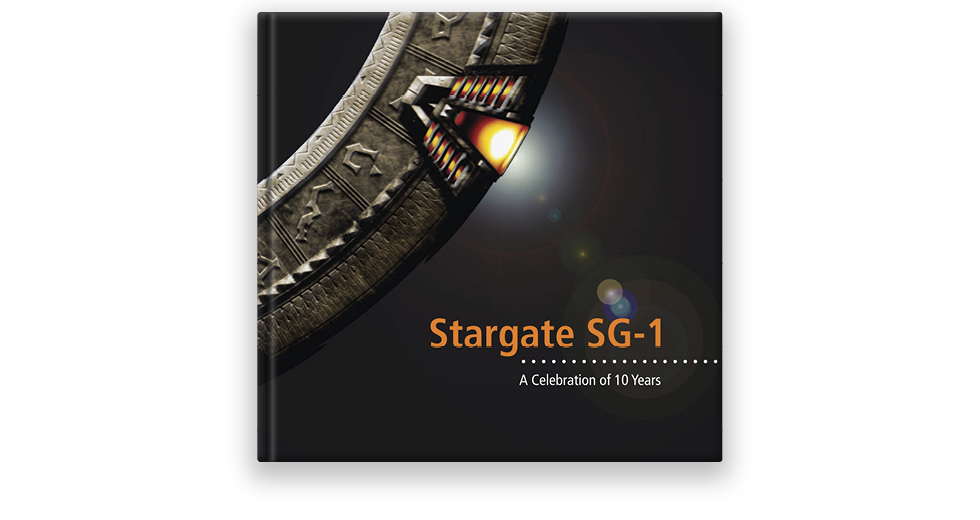 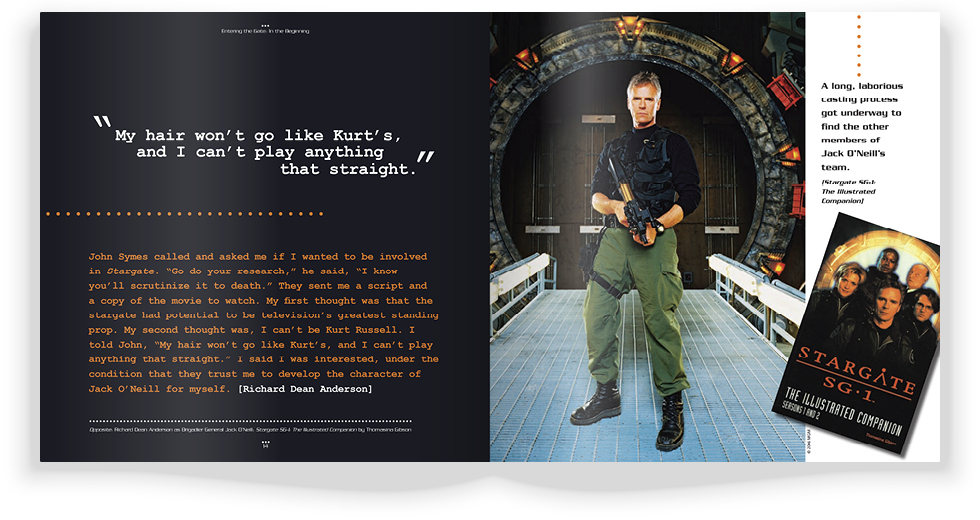 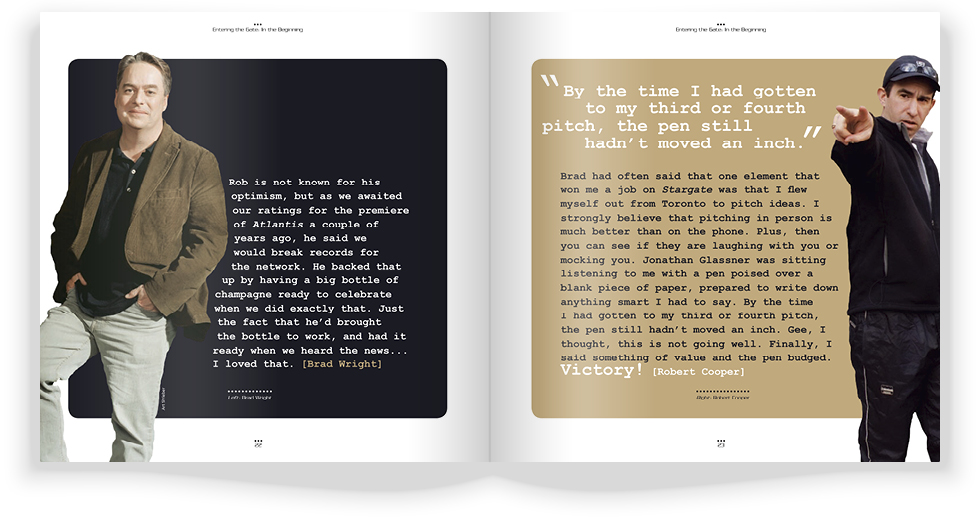 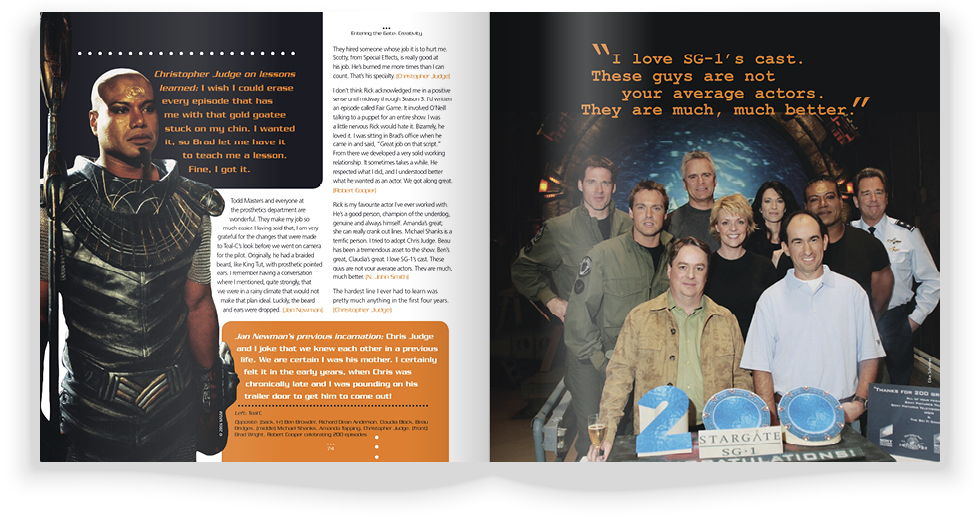 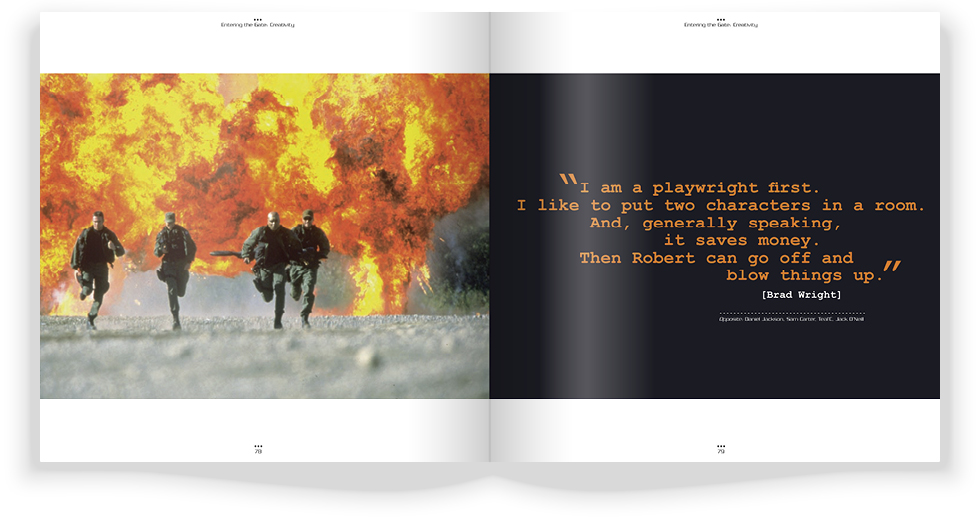 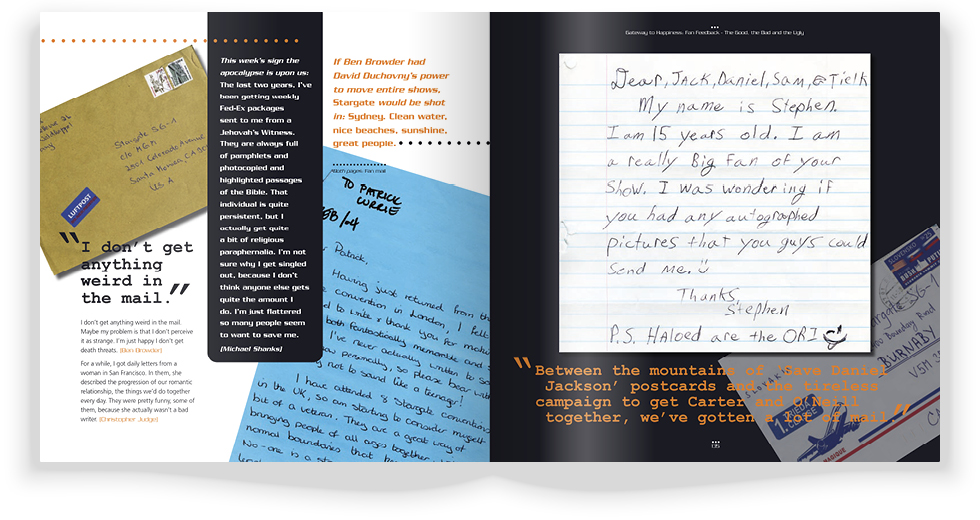 A perfect way to celebrate the end of an amazing run. The book is as quirky and creative as our cast and crew. You totally got us. It’s a keepsake to treasure forever.
— Robert Cooper, Stargate SG-1 Co-Creator and Showrunner

Stargate SG-1 is famous for being the longest continuously running sci-fi TV series in history. The co-creators approached us on the eve of the show’s final season to see how we could help them pay tribute to the cast and crew, who had worked so hard and become like family.

We proposed an oversized coffee-table-style book with the behind-the-scenes intimacy you’d expect from a yearbook and the sophistication owed to one of MGM’s hottest TV properties. We blended candid shots from the set with slick stills straight off the show. We chose a hyper-layered story treatment with sidebars, quotes, honest and funny reflections and fun trivia to capture all the highlights of such a long-running show. Each page offered a hook to keep you reading and a portal to reminisce about the efforts and successes throughout the years.

The book was given to every cast and crew member at the final wrap party. We kept a few pages blank at the back of each book for the group of long-time friends to sign and write notes to each other. We were told those pages were so full you could hardly see any white space at all. As a nod to the show’s fervent fans, 100 signed limited-edition copies sold out at $500 each through MGM’s website.

We made extensive use of fan art in the book including an incredible needlepoint representation of the show’s central cast by one exceptionally crafty Stargate aficionado.