Sam Sullivan: Challenging All Your Assumptions

Sam Sullivan is known for pushing back on other people’s assumptions. After breaking his neck as a teenager in a skiing accident, he was left nearly paralyzed. He overcame this challenge to work tirelessly improving the lives of Vancouverites with disabilities. He became a city councillor and then, in 2005, the 38th mayor of Vancouver. Sam Sullivan now serves in provincial politics as the MLA for Vancouver–False Creek. Outside of the legislature, he’s fascinated by the work of uncovering and documenting historical legacy, through an impressive array of projects that celebrate civil society, local government and citizenship: he’s trying to promote the revival of the aboriginal trade language Chinook Jargon; he directs Transcribimus, a project to make historical documents freely available online; and he oversees the Global Civic Policy Society’s Public Salons, fostering open discussion of public policy.

ECHO STORYTELLING AGENCY: What does the word legacy mean to you?

SAM SULLIVAN: I’m interested in the values that people inherit, the respect they learn for certain parts of their culture. I believe we go through this back-and-forth between a more sentimental view of our heritage and of our legacy versus a deeper fundamental appreciation for it. Part of that for me has to do with being in British Columbia. In other parts of the country, they have much more stable industries and family businesses that last through business cycles. Here in B.C., it’s very rare to have a family last more than three generations at the top of the heap.

ECHO: We’re a place of change.

SULLIVAN: I think change is one of the ancient values. Change can be an old value that we should respect — or not. But we’re in the midst of it, and when change happens it is most likely that we will have some people trying to hang on to the old. For myself, I think the desire to keep everything the same is a very negative one.

I’m interested in our creation stories, our founding myths, and right now I’m exploring those.

SULLIVAN: I’m interested in our creation stories, our founding myths, and right now I’m exploring those. I’m kind of excited by what I’m finding and I’m kind of terrified by what I’m finding. I believe that these narratives can be potentially wonderful and potentially very harmful. For myself, I would like to help develop narratives that make our province better — really stimulate us to greater achievements. To be respectful of the past but to go beyond what I consider the superficial view that we’ve got right now, the typical narrative that misses the whole story. You just have to scratch a little further and you get this amazing story. Some of the narratives I’ve stumbled onto are potentially very potent. The transmission of values through language — that’s what I’m really keen on. There are amazing values embedded in the history of B.C., which can be found right in the language. Captain Cook and his midshipman George Vancouver stopped and met the Nuu-chah-nulth and developed these word lists. They then became the core, 20 to 30, very important words that got transmitted into Chinook Wawa. And then Chinook Wawa just took off. It’s a language of Columbia, the area that was the root of Vancouver.

SULLIVAN: That story isn’t really known at all. There’s not really a lot written about it either, because in a sense Aboriginal people wanted to forget all about it. They were so traumatized by what happened — it was awful, what happened. They lost their whole society. I’d like to remind people of where we originally came from. But maybe we also need to dive back and really appreciate some of the better parts of our story. Most cultures, when we think of looking back, you get nightmares. Whereas when you look into British Columbia’s past, you can find multiculturalism and respect for native people. We are so lucky to actually have this. Think of how the Hudson’s Bay Company dealt with the aboriginal people: they came and traded. At the same time, the Russians were moving east, interacting with the Aboriginal population, and they used conquest and violence. They would enforce tribute. They got their trade routes through destruction. The Americans just completely sidelined native people, marginalized them from the local economy at best, alcohol and violence at worst. I think it’s pretty interesting that we should be inheritors of a much more enlightened tradition.

ECHO: Is there a book you’d recommend to learn more about this hidden legacy?

SULLIVAN: Richard Mackie’s Fur Trade West of the Divide. That’s a book that every person new to B.C. should read.

Her mother, my grandmother, was amazing.  I said to her once, “If only you had had education, you would have been a judge or a prime minister.” “On no, I would have been too hard on the people.” I do channel her sometimes.

ECHO: What about your personal heritage?

SULLIVAN: On my father’s side there was a mix of Irish and Scottish. Probably of the two parts, the side most affecting me is Scottish. They are the most tolerant and loving and accepting and just the best we can be — a very “peasant” kind of view. I always respect that one, although my brothers and sisters have that more than I do. I’m jealous of it.

The other is Norwegian on my mother’s side, which has a kind of rigidity to it. Her mother, my grandmother, was amazing. She got the first matrimonial boat out of Norway and got here, had a child, was pregnant with her second when her husband died. She couldn’t speak English, was alone with no support, nothing. I can’t imagine how that must have been. She studied English and she had the most incredible vocabulary. I said to her once, “If only you had had education, you would have been a judge or a prime minister.” “On no, I would have been too hard on the people.” I do channel her sometimes. I hope I didn’t get too much of that from her. 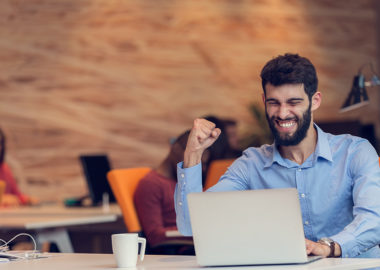 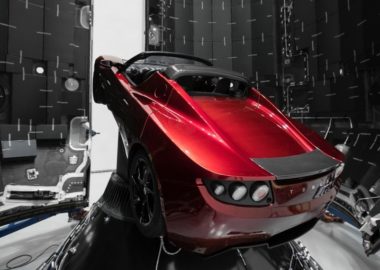 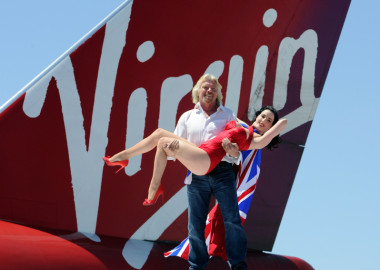